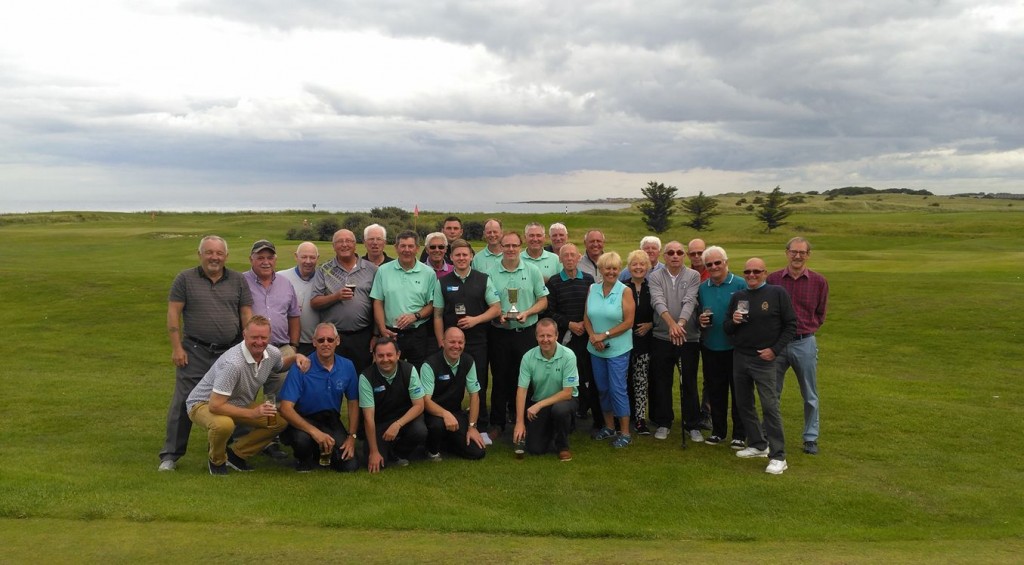 saw the club complete the 2nd leg of the League and Cup double. In a hard fought contest, at an immaculate Seahouses Golf Club, the team defeated a strong Slaley Hall team 3.5 – 1.5. A great deal of the credit goes to the team but also to the 50 or so Newcastle United members who traveled up there to offer their support.

The triumphant Team and supporters after the victory